Web Of Trust: MyWOT and what you need to know

@Web_of_Trust For the past 10 years I have promoted Web of Trust (WOT) inside my company, to my employees for home use, and my customers for use in their offices and home computers.  When I sit down and do the math, I believe somewhere in the order of 8,000-9,000 WOT users are through my influence.

Once upon a time, I would have said that with great pride thinking that I was helping to make the web honest.  But today, and after an event lasting over a span of a few weeks, I no longer see this as something to be proud of, but something to be disappointed in.

There was an incident a while back where Google and other browsers pulled the extension from the browsers because Google alleged they were selling browsing data to a German company and honestly I didn’t believe it at first.  When this happened they made a post explaining that they removed their software. And I continued on with business.

But then it happened, my wake-up call of events that alerted me this website was not at all what it was 10 years ago when we released another update to SuperCAPTCHA and all of the sudden our WOT rating dropped from 81 to just 64 overnight.  Now, we’ve had this happen before, and when we did, we posted a message on their message boards about it, and a moderator quickly fixed the issue by and I’ll quote

We cleaned up the spam over the past twentyfour hours.  It was pretty bad, obviously there is a site called breakcaptchas.com/net/org that does not like you guys!  Because every vote in the past 24 hours somehow linked to that one website.

Of course, they don’t, they can’t break our CAPTCHA. But everything was righted and I went on my merry way.  But this time was different.  Reporting again what happened, I was met with hostility.  While some members of the WOT community are awesome people, reasonable people, the more vocal ones are not.  And through fallacies, smearing, and downright defamation of our company, they made a case that because the company leans conservative, we deserve it or it was warranted.  And then I begin to see I’m not alone with many posts all over their message boards from conservative-leaning companies lodging complaints that they were being scored down for no apparent reason other than that they are conservative. I then had 4 employees present to me something I didn’t even notice, our partner websites such as WordPress are in the same boat and was being scored down because they too are conservative-leaning.  Now, that is bad and that infuriates me because I know what WordPress’s policies are and how well they guard data.  This would be the last organization on earth to ever walk away with your data.  Why is WOT still rated over 90% while WordPress has only a 70% score?

Let’s just get serious here and cut the bull crap.  WordPress has NEVER leaked user data, they’ve never sold user data, and their policies are some of the most transparent on the internet touting and promoting open source software and GPL licenses. This is quite literally a “do no harm” company.  Our company is the same, we’ve never leaked our data, we’ve never been compromised, and no one has ever gained personal information from our company, EVER.  While on the other hand, we have WOT, the “judge, and jury of all websites” who carries a near perfect score while they have been caught by Google to be selling their user data to third parties.  And not just browsing data, oh no, we’re talking this:

Now, why, oh why would a Trust website need your sexual preference? Your Illnesses?  Your travel plans, or your confidential company information?  But even more curious, why would they be SELLING IT?

We have removed WOT now from 92 information systems. But they know this, they’re watching our traffic, after all.  But we also encourage our customers and families to do the same.  This isn’t just an attack on our company, it is an attack on you and your family because these sorts of defamation attacks or censorship attacks don’t just hurt our reputation, it hurts your reputation, and can even hurt our employee’s livelihood and ability to provide for their families.  This is an unacceptable behavior from a website who was authoritative for internet trust and I hope we all make the right choice.

Even though everything that has been stated in this report is 100% fact, sourced, and cited, please pay attention as our score card falls because of “opinions”.

Further recommended reading from another business owner this very same thing happened to.

Update: It’s only been 10 minuites, the score card has fallen from 70 to 68. I’m starting a little ticker up date here, every time the score falls I’ll post an update and screenshot. 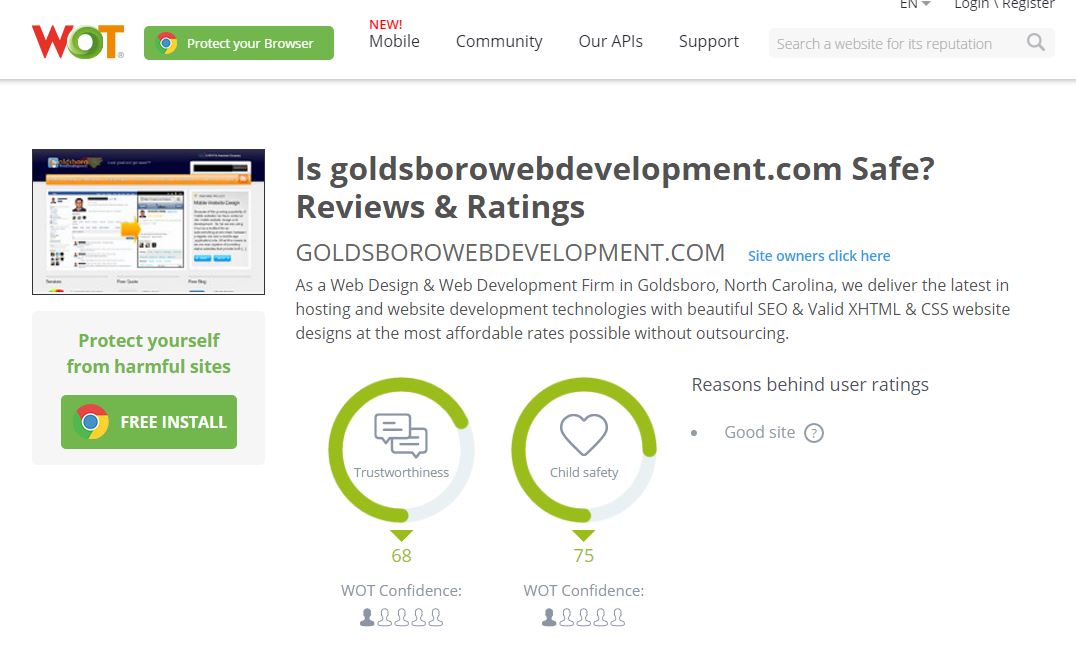 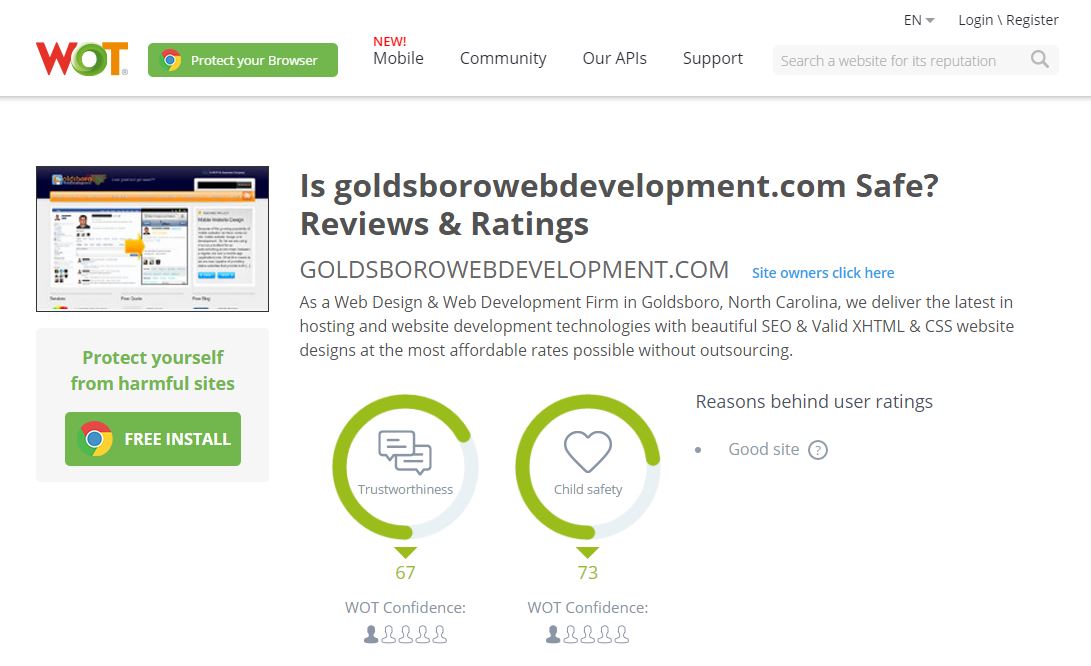